The Coordination Committee of the World Intellectual Property Organization (WIPO) nominated by consensus Mr. Francis Gurry for a second term as Director General of WIPO.

The WIPO General Assembly will meet in an extraordinary session on May 8-9, 2014 to confirm the nomination. Mr. Gurry’s first term as Director General expires on September 30, 2014.

To applause from delegates, Committee Chair Ambassador Fode Seck declared Mr. Gurry the consensus nominee. Mr. Gurry offered his “heartfelt and profound thanks” to member states from all regional groups for the support given to him.

“I think that the world of intellectual property is a challenging one, but one with great opportunities,” Mr. Gurry told delegates. He said a main goal is to “maximize opportunities for all member states.” 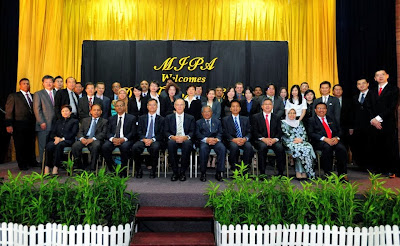 Mr. Gurry visited KL in 2011. MIPA welcomed him along with MyIPO officials.
Posted by Dennis at 11:16 AM