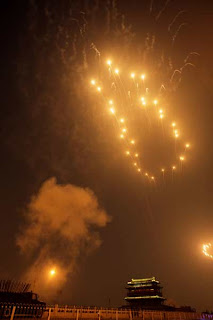 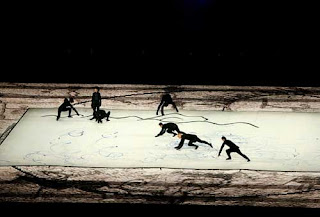 Paper, as the greatest medium for art and literature. Dancers were moving around a giant paper scroll mimicking strokes of ink brush. 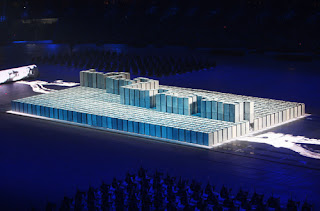 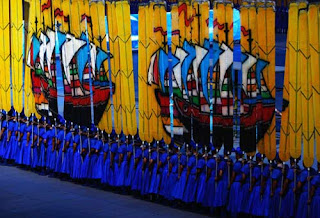 Compass, which contributes to navigation. Oars bearing images of sea exploration by admiral Zheng He (also known as Cheng Ho) is shown.
Posted by Dennis at 5:06 PM