Brand Finance, a business valuation consultancy, have published their 2017 report on most valuable football clubs. Here are the top 10 clubs ranked: 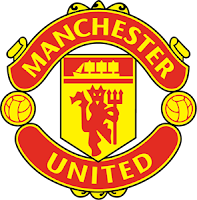 Manchester United generated revenues of $765 million during the 2015-16 season. They posted operating income of $288 million, $107 million more than second placed Real Madrid. They currently have 26 global sponsors including Adidas, Chevrolet, 20th Century Fox and Uber. Manchester United also benefited from Premier League broadcast deal. The Premier League have a formula for sharing broadcast revenue. Other than Premier League, the club developed MUTV channel, which has launched in 160 countries, requiring fans to pay a monthly fee for access.

There is no debate that the most popular football club in Malaysia is Manchester United. Public Bank used to provide co-sponsored credit card. Now Maybank have filled the role and provide co-branded credit card in Malaysia, Singapore and Philippines. In 2016, Maybank was ranked third most valuable brand in Malaysia by Brand Finance, behind Petronas and Genting. 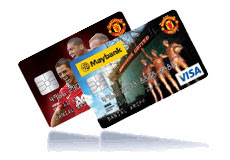 On 4 Sep 2013, I presented a paper on 'Sports and IP' at Sports Centre, Universiti Malaya. I shared that sports club own tremendous potential in IP. Popular sports are well supported in Malaysia. If a sports club is well managed, the IP can be a tool of unity to generate income for the club.

I hope that Malaysia football, badminton and basketball clubs can realize their IP potential.
Posted by Dennis at 11:03 AM