On 31 March 2022, Khairy Jamaluddin said that the Ministry of Health (MOH) owns the personal data, the app, the module, intellectual property, source code and trademark. "The data is secure, it's hosted on a server in Malaysia, and it's owned by MOH. Whatever happens in terms of (the) court dispute between two companies, that's nothing to do with us," reported Khairy. On 5 April 2022, the health minister stressed that MOH owns the data, the app's module and brand. 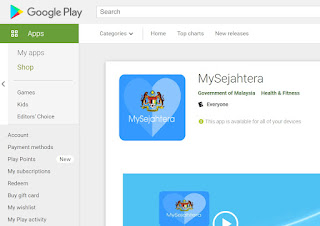 MySejahtera is owned by the Government of Malaysia in Google Play

As a MySejahtera user and an IP expert, allow me to share my insights on the IPs in MySejahtera as CSR.

Programmers usually hide source codes that are proprietary. The program that we download and execute are in object code. Microsoft software, Apple software and Adobe software are usually proprietary. Source code which are not proprietary are known as open source code. Unix software, Chrome software and Android software are open source. I'm not going to discuss further the difference of proprietary and open source code.
MySejahtera gathers and stores data. The personal data includes name, IC number, contact number, vaccination record, infection record and venue check in. There are 38 million registered users of MySejahtera.
Source code and object code are computer program in a computer language. Computer program are recognised as literary work in the Copyright Act 1987. The programmers that wrote the source code is considered as the author of MySejahtera. Authors have moral right over their literary work.
On the other hand, works which are eligible for copyright made under the direction of the Government shall vest in the Government. There is no dispute that MySejahera was developed under the direction of the Government. 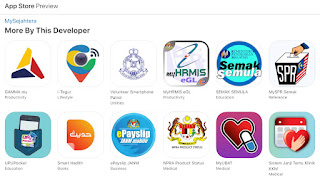 List of Programs owned by the Government of Malaysia in App Store
Public data was entered by users under the instruction of the Government. Database is protected by copyright. Hence, I agree with Khairy that the Government owns the codes and database of MySejahtera.
I guess there are two questions that MOH need to address.
First, the use of the database. There is an ongoing concern that this information can be abused. Lowyat reported several incidences of personal data for sale. Personal data is a form of intangible data that can be easily replicated for a number of uses. Hence, it is extremely valuable. I suggest MOH to make it a crime over unauthorized use of MySejahtera database. Whistle blowers who report such abuse shall be rewarded and protected. This can ease public concern over the abuse of data.
Second, who shall maintain MySejahtera? I'm not sure that MOH knows how to handle the source codes. MOH would need a reliable vendor to maintain MySejahtera. The first choice would be the original programmers who have authored the source code, I personally recognise that IP should provide an advantage in public procurement. The government should recognize IP in order for the nation to generate more IP. The value of procurement is another matter that can be determined in fair valuation method. I believe that MOH and the vendor can agree over a common software as a service value.
These are my views based on news report which are not intended as legal advice. I wish MOH well in owning and managing MySejahtera. I would continue my daily use of MySejahtera for check ins.
Posted by Dennis at 5:56 PM