Infographic: Who filed the most Madrid trademark applications in 2012? 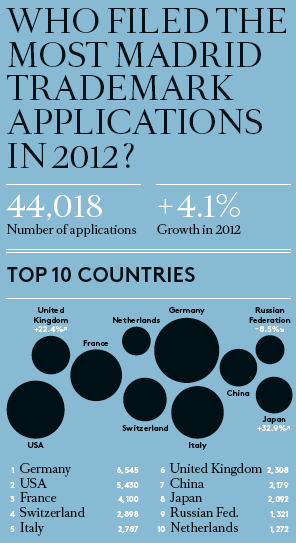 International trademark applications filed under the Madrid system grew by 4.1% in 2012. France, Germany and the United States of America accounted for 36.5% of the 44,018 Madrid applications filed in 2012. The ranking for the top 10 countries remained unchanged, except for China which moved from sixth position in 2011 to seventh in 2012.

The most popular classes of goods and services in international registrations recorded in 2012 were class 9 (computer & electronics) representing 9% of the total. - WIPO 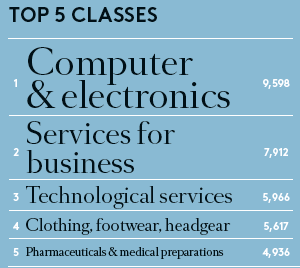