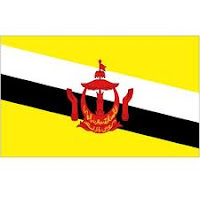 On 24 April 2012, Brunei Darussalam deposited its instrument of accession to the PCT, thus becoming the 145th Contracting State of the PCT, and on 24 July 2012, will become bound by the PCT. Consequently, any international application filed on or after 24 July 2012 will automatically include the designation of Brunei Darussalam.

Also, because Brunei Darussalam will be bound by Chapter II of the PCT, it will automatically be elected in any demand filed in respect of an international application filed on or after 24 July 2012. Furthermore, nationals and residents of Brunei Darussalam will be entitled, as from 24 July 2012, to file international applications under the PCT. - WIPO


Boon IP welcomes Brunei as PCT member. Currently members of PCT in Southeast Asia includes Brunei, Indonesia, Laos, Malaysia, Phillipines, Singapore, Thailand and Vietnam. Cambodia, East Timor and Myanmar are not members of the PCT.
Posted by Dennis at 10:41 AM