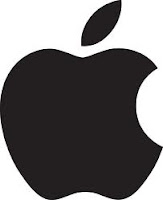 Today is the day after Steve Jobs resign as CEO of Apple. Steve Jobs is credited as an innovator that changed not only the computing industry, but music, video and phone industry. This is a list of his contribution:
- Apple II computer; a computer with a case, keyboard and monitor.
- Macintosh; a computer with graphical user interface.
- Toy Story movie; a computer animated movie.
- iMac computer; a computer and monitor sharing an aesthetic case.
- iPod music player
- iTunes music store; an online store that sells music, video and software
- iPhone cell phone
- iPad tablet computer
The above mentioned brands became best selling products and the mere mention of the brand is enough to identify the products. However, the brand may one day become a generic word if it is not used with the product noun. Remember the fate of sellotape?
Posted by Dennis at 10:19 PM